Podere Colle Castagno is a winery located about 60 kilometers south of Siena on the edge of the small Montecucco DOCG area. This is bordered to the north by the vineyards of the Brunello area and to the south by the foothills of the Morellino hills.

The confidence that the soil and the climate between Monte Amiata and the sea make this area a real gem was the catalyst for an ambitious project. From an abandoned old estate with about 25 hectares of vineyard and pastures emerged well-tended, naturally cultivated vineyards with the aim to produce a wine from these soils that unfolds its uniqueness in a very special way and expresses the unique character of its origin.

The property extends above a natural amphitheater facing southwest, at 450 m above sea level. Currently, six hectares are dedicated to viticulture and two hectares are planted with olive trees. High up on the hill with a breathtaking panorama is the newly renovated country house with a holiday apartment and wine shop.

The Maremma may be described as one of the most interesting development areas of Tuscany, maybe even of the entire Italian viticulture. Since the beginning of the 1980s, the Maremma has produced high-potential wines. Montecucco, the heart of Maremma, is one of the most charming areas of Tuscany, nestled in an almost magical natural environment of exceptional beauty, with soils from the days when the Monte Amiata volcano was still active. As a somewhat unknown corner of the Maremma, Montecucco surprises the visitor with a different kind of Tuscany, whose success is based on an authentic and intact landscape.

Since 1998 the area enjoys the DOC status, and since 2011, even the highest quality level, DOCG. This makes the Montecucco DOCG a relatively young wine-growing region in Italy.

As in many parts of Tuscany, the Sangiovese grape dominates here as well. The cultivation conditions are ideal and the temperatures are slightly higher than in northern Tuscany, thus producing powerful and fruity wines and giving the volcanic soils a fine minerality. 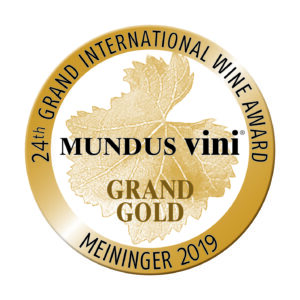